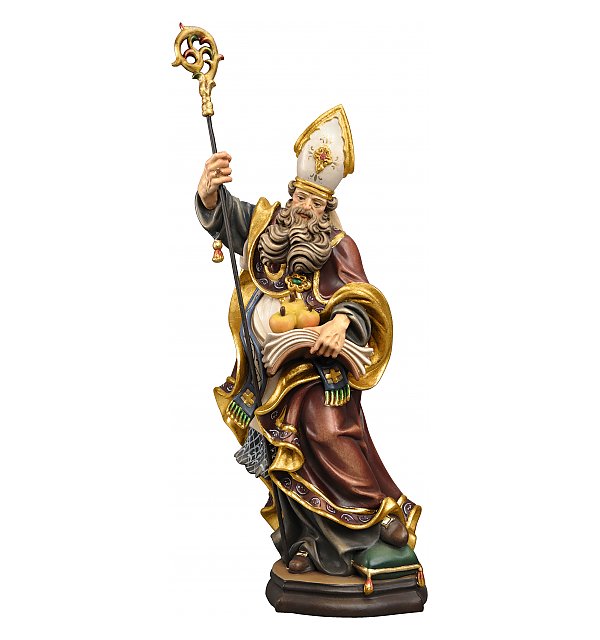 Saint Nicholas of Myra can only be seen with gifts in his hands. His attribute are 3 apples, which in reality were 3 lumps of gold, which Saint Nicholas threw through the window of a poverty-stricken man, whose 3 daughters were threatened to become prostitutes.
In the Netherlands Sinterklaas was for centuries celebrated instead of Christmas. And in Finland, the 6th of December is still a holiday.
In many countries, children are anxiously waiting for this kind Saint to come on the eve of his name day and to bring gifts along.